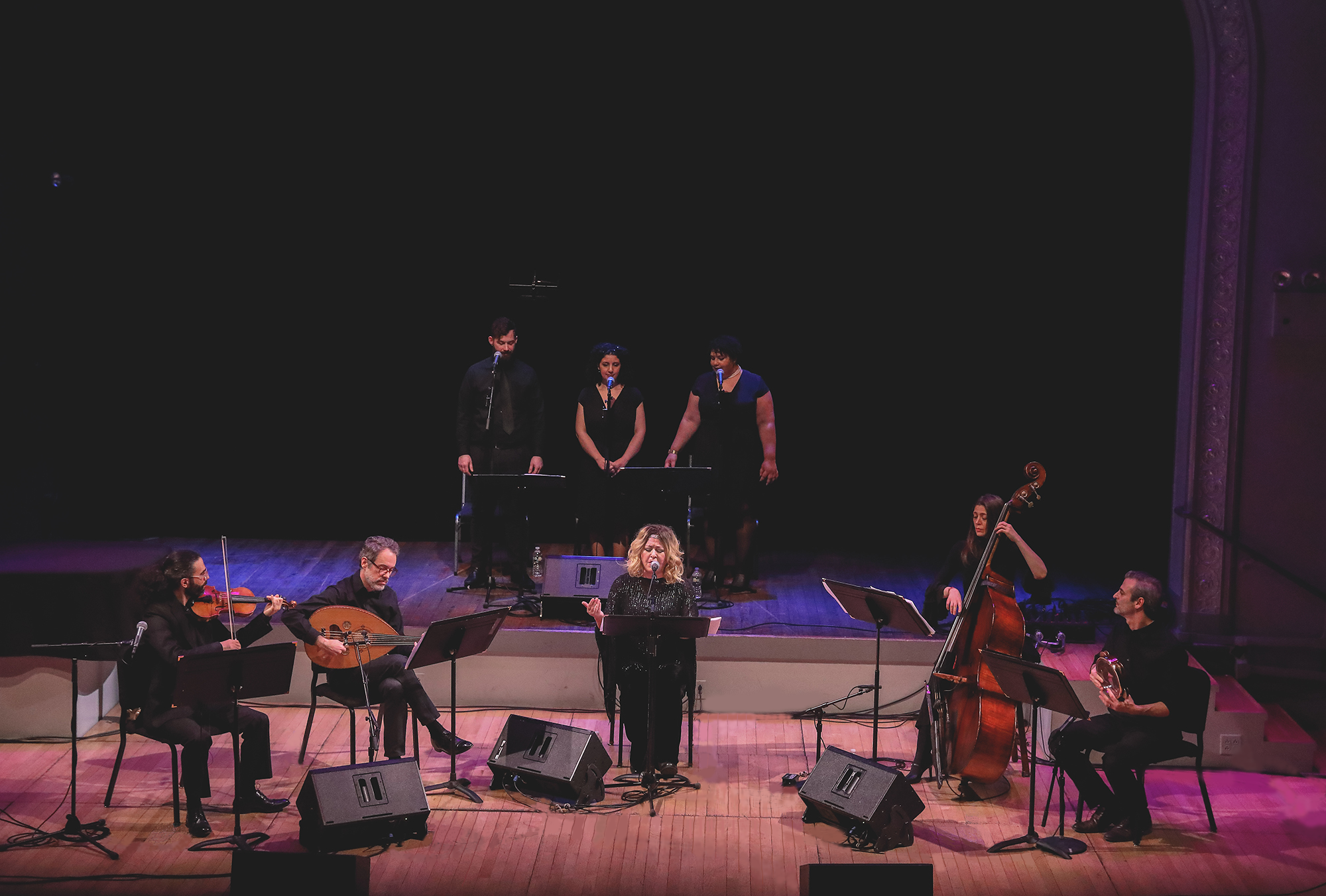 Syria to Egypt: A Musical Continuum

Quench The Thirsty: US Debut

Alwan for the Arts

Zakhrafa, composed by Samer Ali, was performed at Roulette Intermedium as part of the first anniversary celebration of Brooklyn Maqam Hang in 2019. The piece is in Nahawand Maqam and written in a new perspective of the Longa form. It features a newly-composed rhythm in 12/8 named Muzakhraf.

Takht al-nagham is SMPI's performing ensemble. Based in New York City, the group features a traditional Takht (Arab chamber music group). “Nagham” is the Arabic word for melody; it is commonly used as a synonym for the Arab Maqam system. The Takht is committed to performing the classical and folk Syrian repertoire with traditional acoustic instruments. In order to familiarize audiences in the U.S. with the original structure of the musical traditions, the Takht presents its sets (called Waslah) in the manner that they were originally performed. The Takht includes skilled Syrian and non-Syrian musicians who perform without reading from sheet music, rely heavily on improvisations, and are deeply immersed in the Syrian musical tradition.

As a part of some performances Takht al-Nagham includes the Samah Dance. This dance (Raqs al-Samah in Arabic) is a centuries old Syrian dance that accompanies the Muwashahat musical form. It is a group dance designed as an interaction between males and females in an elegant and eloquent expressive milieu. It has a spiritual character incorporating both foot and hand movements which requires dancers to be very familiar with the complex rhythmic and melodic content of every Muwashah piece. The development of Samah mirrors that of classical Syrian music.